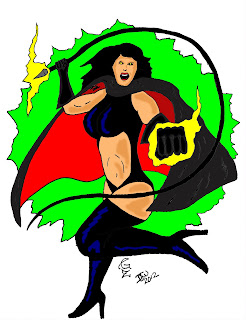 So, I 've been working on the wikia pages and have a lot on there now. Still not everything and I still need to figure out how to put up some kind of menu that helps with navigation. That has me kind of stuck. However, whenever you see a notice on my facebook page, it links to the picture on the wiki, and in turn links to the profile.

I really hope that I'm making my character profiles entertaining to read. Many of them have book plans on my desk. I can only hope that by continuing to do what I do, something will come of it somewhere. Hopefully something good. For those who have commented to me on these, THANK YOU! I'm so glad that you are enjoying the show.

I'm going to post some links to the wiki pages. What you will notice in these teams pages is more links to the members of that team. Everything should be completely linked back and forth so you can navigate easily regarding every member of the team. These are the links to the Team pages so far:

There are a few single characters in there as well and I will have to post some updates later on them. But each team page has a full list of all members.

I'm still networking on my project both locally and on Facebook and DeviantArt. There are some places that aren't working out for that, but you can only do what you can do right? So I hope you'll check out the work at the wiki. It's still under construction but more is on the way.

I'm still brainstorming on showcase short stories. I want to work up a schedule that will mesh with my other writing. It's a juggling act but well worth while. And please note that on the wiki or here comments are welcome!
Posted by David Wilde at 7:42 AM No comments: Links to this post 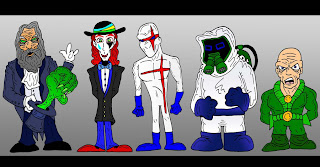 Today I want to share a new guest artist with you who has his own established style of character artwork. I only know him by his screen name as stated in title, but you should check out his page at this LINK.

On his page you'll find that he gives Original Characters their due with awesome fan art in the Lordwormm style. He's been on DeviantArt for 3 years and drawing much longer than that.

But what's all this wormm business? Well, he has his own original characters and amongst them is  his hero called "The Worm". You can see a gallery of this guy at this LINK.

There are lots of people out there who have created their own heroes, their own universes and you don't get to see them by going to the comic book store. You do get to see them here on the internet. Lordwormm breathes life into original characters with teamups to his own universe or just as you saw in the picture. It enjoy seeing other peoples creative universes, there are some really amazing characters out there.

Now I'm going to tell you a bit about the picture. The characters he drew are (from left to right) Mage, Carousel, St Freedom, the Chemist, and the Engineer. I especially like how he managed to do great work on a character I only drew the face of! I think I'll stick with his idea of giving her red shoes for one of her outfits.  Below you can see the original pics of those characters.  My major thanks for the drawing of my characters and I plan to return the favor with a crossover pic, so be on the lookout!

And check out original characters and their universes, you don't get to see them anywhere else (yet). 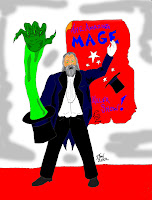 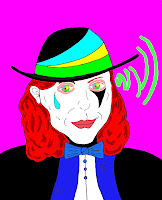 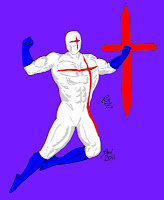 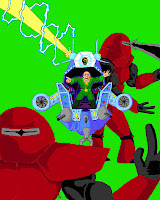 Posted by David Wilde at 6:43 AM No comments: Links to this post

Add blog to our blog directory.